What is Extreme E? Car, calendar, drivers, how to watch and more

Extreme E is an off-road racing championship for all-electric SUVs that will hold rounds in locations hurt most by climate change to promote environmental repair and protection.

It was originally devised in 2018 by Formula E co-founder Alejandro Agag and two-time Champ Car champion Gil de Ferran, plus it has the backing of motorsport governing body the FIA.

While the racing will take centre stage, there’s a secondary purpose to Extreme E that’s built around a relatively straightforward premise.

Motorsport attracts a big audience, so it’s hoped that racing with zero-emission cars in close proximity to retreating glaciers and damaged rain forests will draw greater attention to the environment than a conventional documentary.

Although, this perhaps excludes ones narrated by David Attenborough.

The championship mandates each team runs a female and a male driver in a bid to take a lead in gender equality in high-profile motorsport. 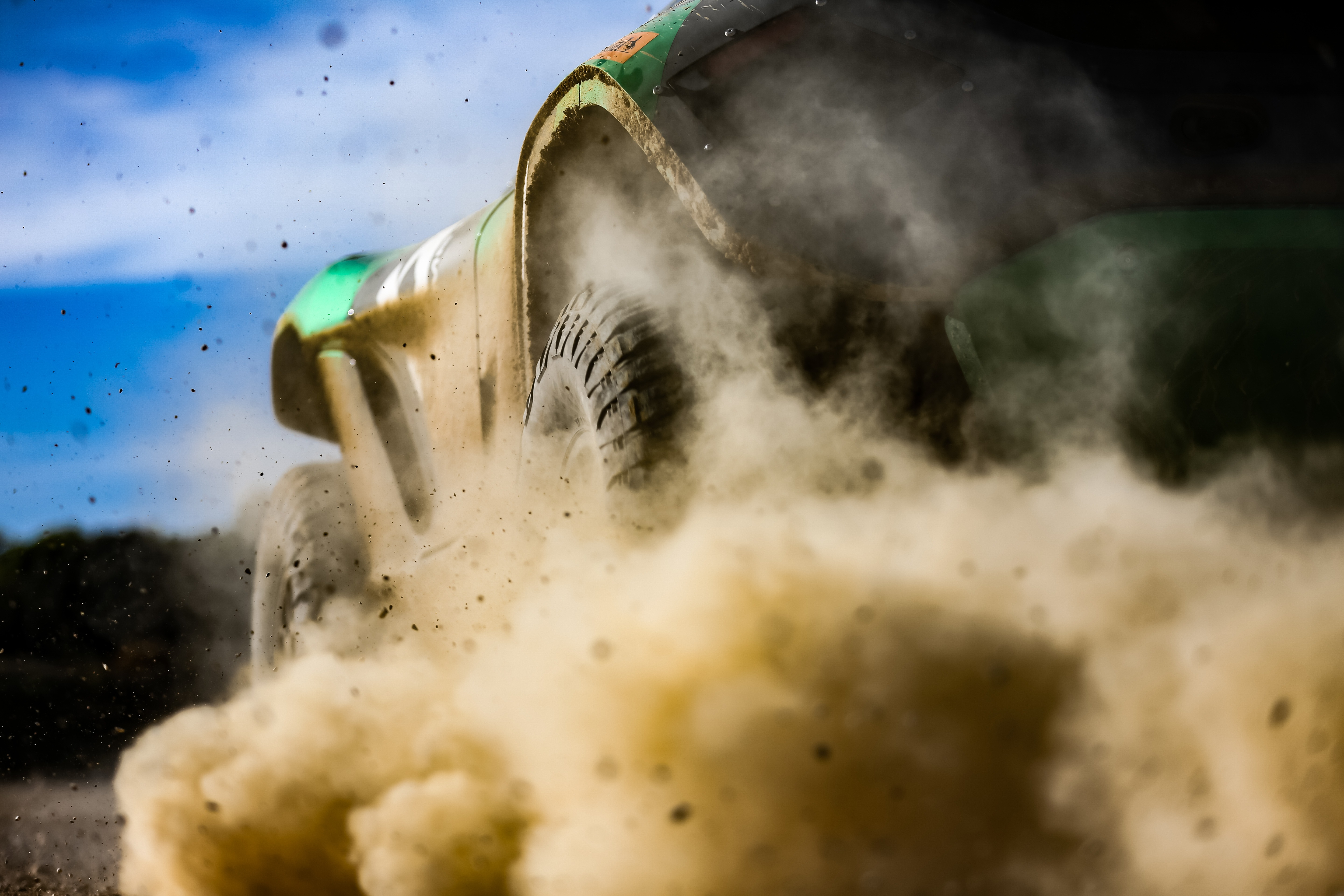 How does Extreme E work?

Nine teams are signed up for the inaugural season and all entries will run one of the standardised Odyssey 21 E-SUVs. Unlike Formula E, which requires drivers to lift and coast to preserve energy, the cars will race flat-out in sprint events known as ‘X-Prix’.

Five rounds are planned for this first year and the format of these most closely resembles that used by World Rallycross. Over two days, the teams will compete in a brace of qualifying heats to progress into the semi-finals and a final. On-track position, rather than times, will declare the winner. Each heat will consist of two laps, one driven by the teams’ female driver, the other by the male, thanks to a mid-race pitstop.

Four cars will contest each race, roughly 10 miles in length, and will start the first qualifying heat from a position drawn through a lottery. The heat winner will earn three points (two for second, one for third, nothing for fourth place) to progress to the next round.

The driver pairing that completes the longest jump over the first obstacle with gain a ‘hyperboost’ power upgrade.

Away from the on-track spectacle, Extreme E will launch ‘Legacy’ programmes in each country. The reason so many stellar names have been attracted to enter teams and drive in the championship is because of the environmental work that will be carried out at each round.

A crack in-house Scientific Committee will lead beach cleans, the planting of mangroves, tailored research and seek to educate locals in a bid to cut carbon emissions. 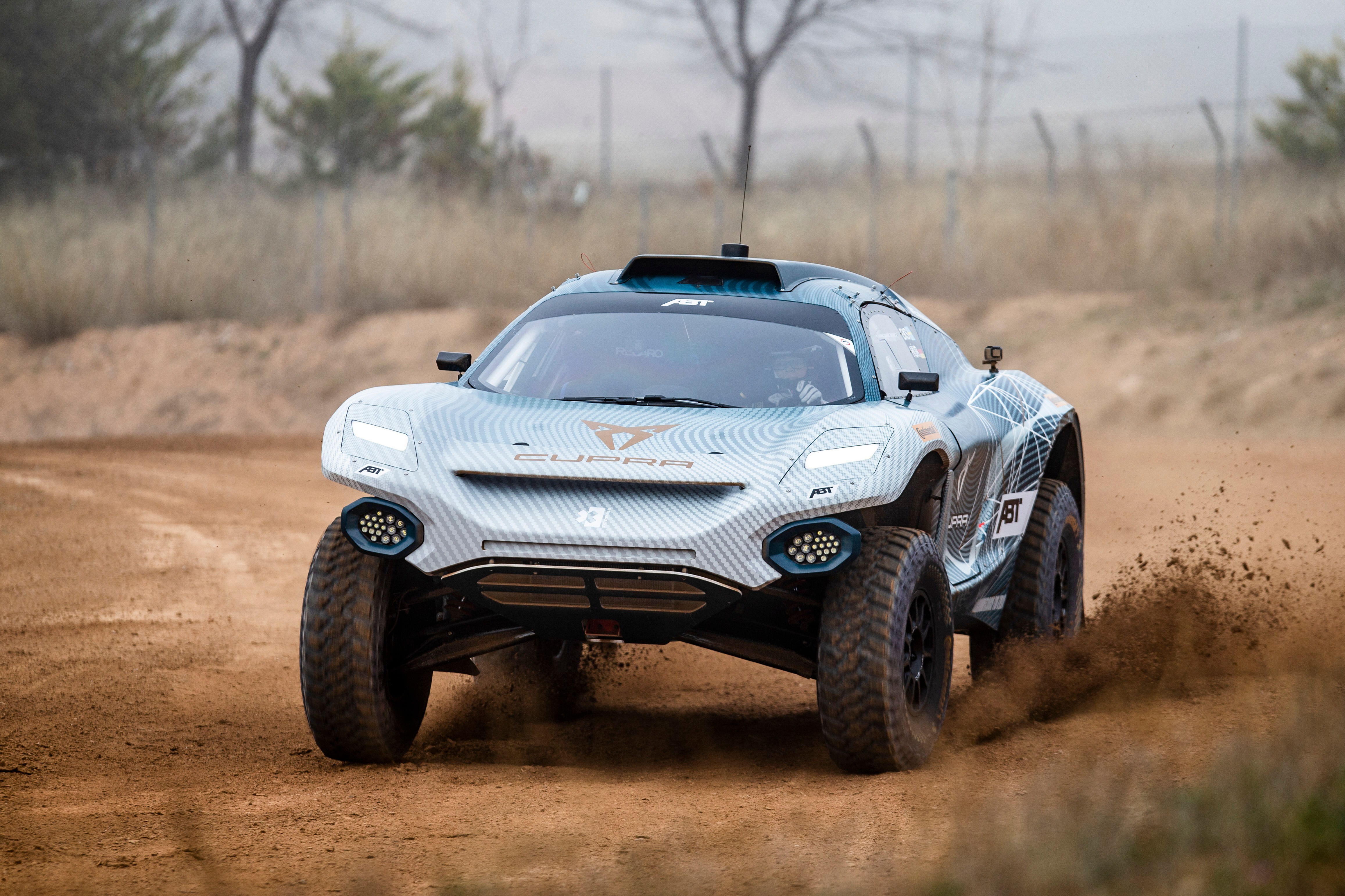 Abt Cupra
Cupra became the first automotive manufacturer to establish a formal alliance with an Extreme E squad as it partners long-time Volkswagen Group affiliate and race team Abt. 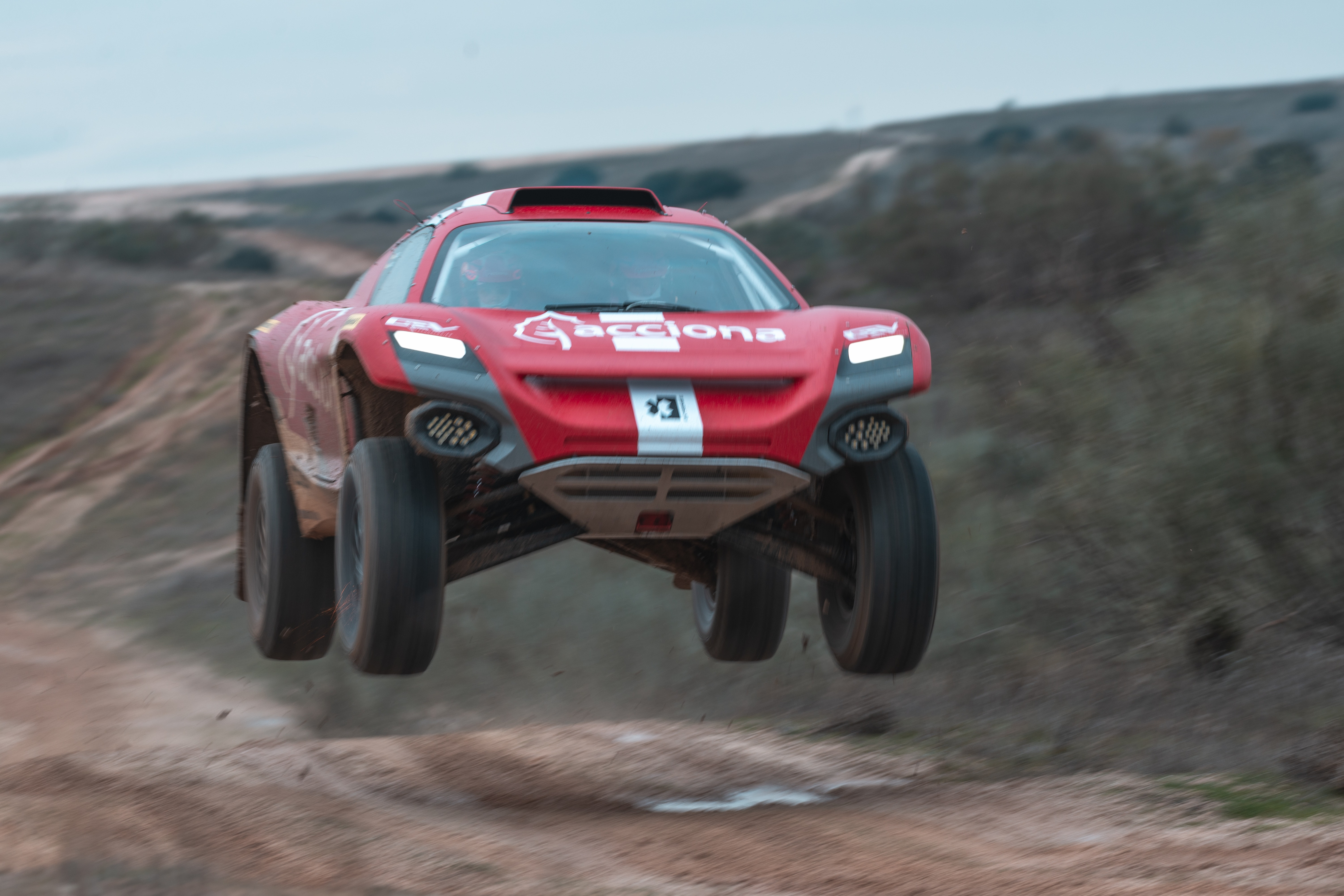 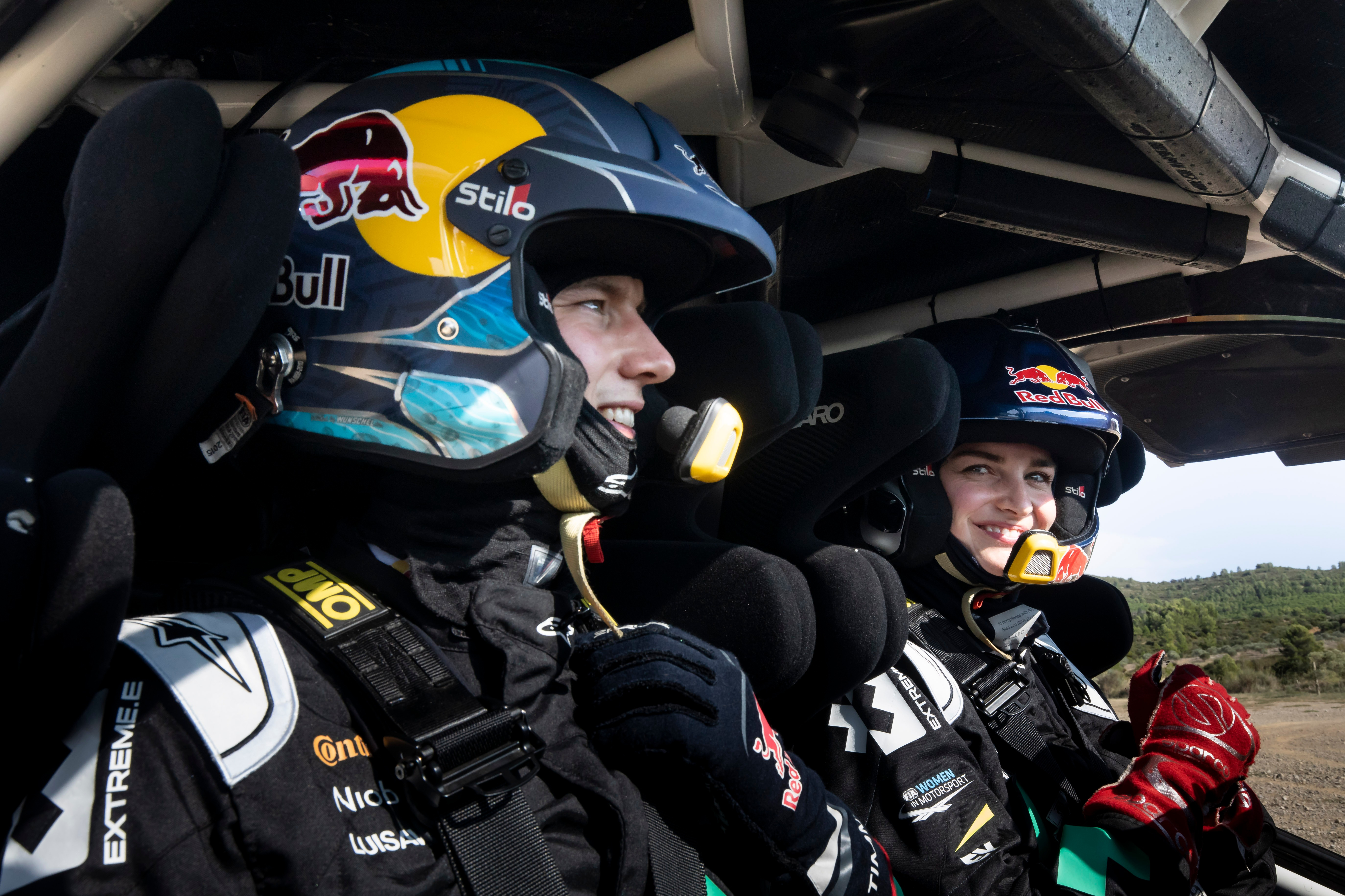 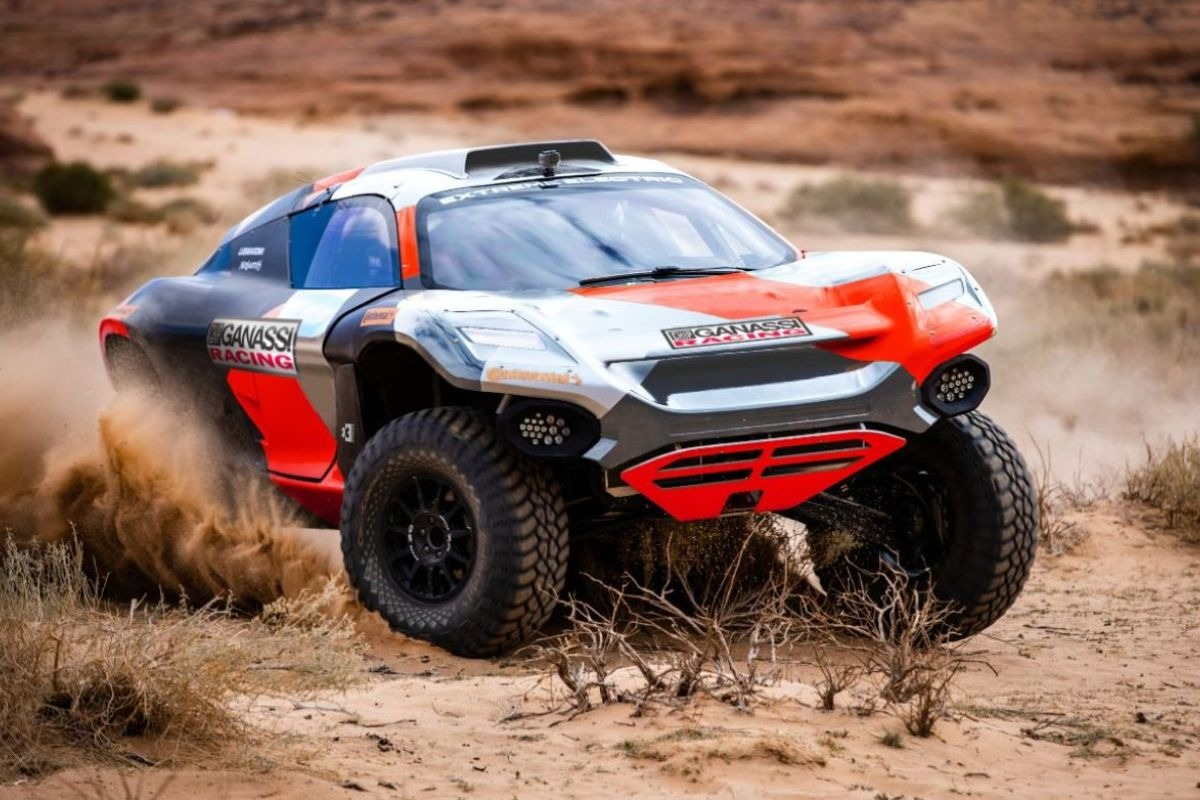 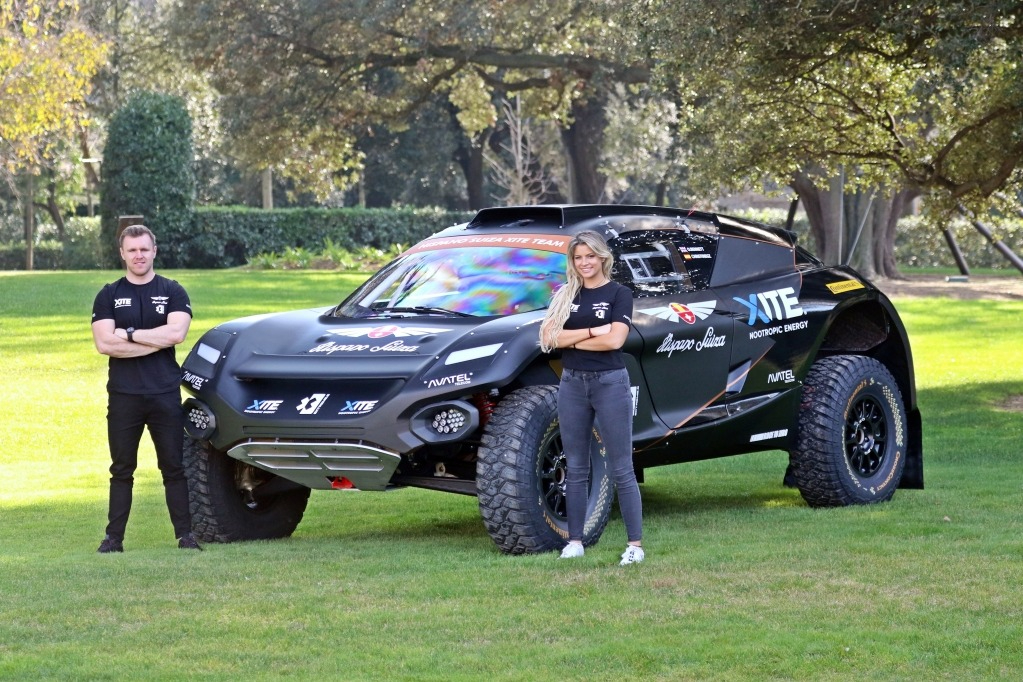 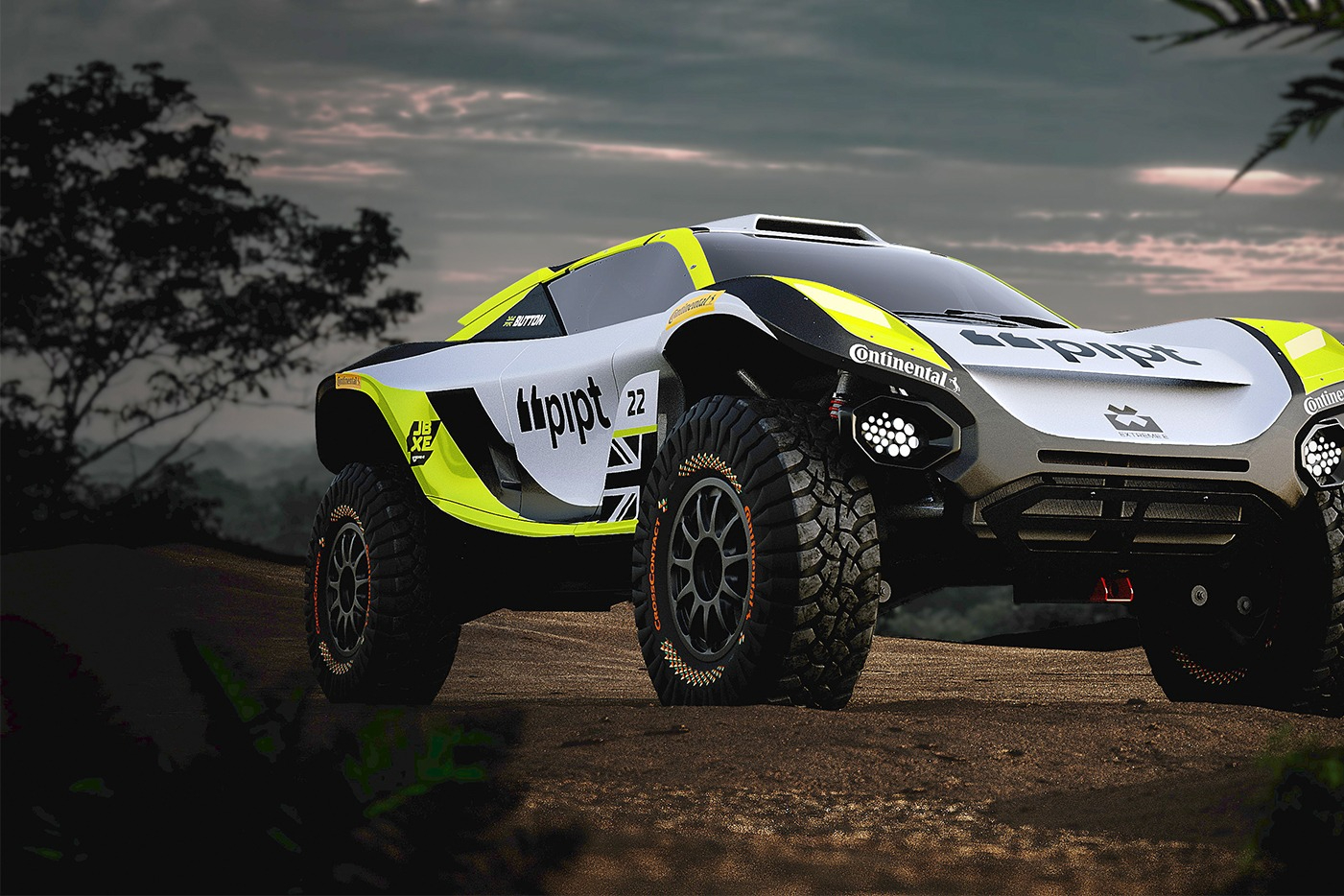 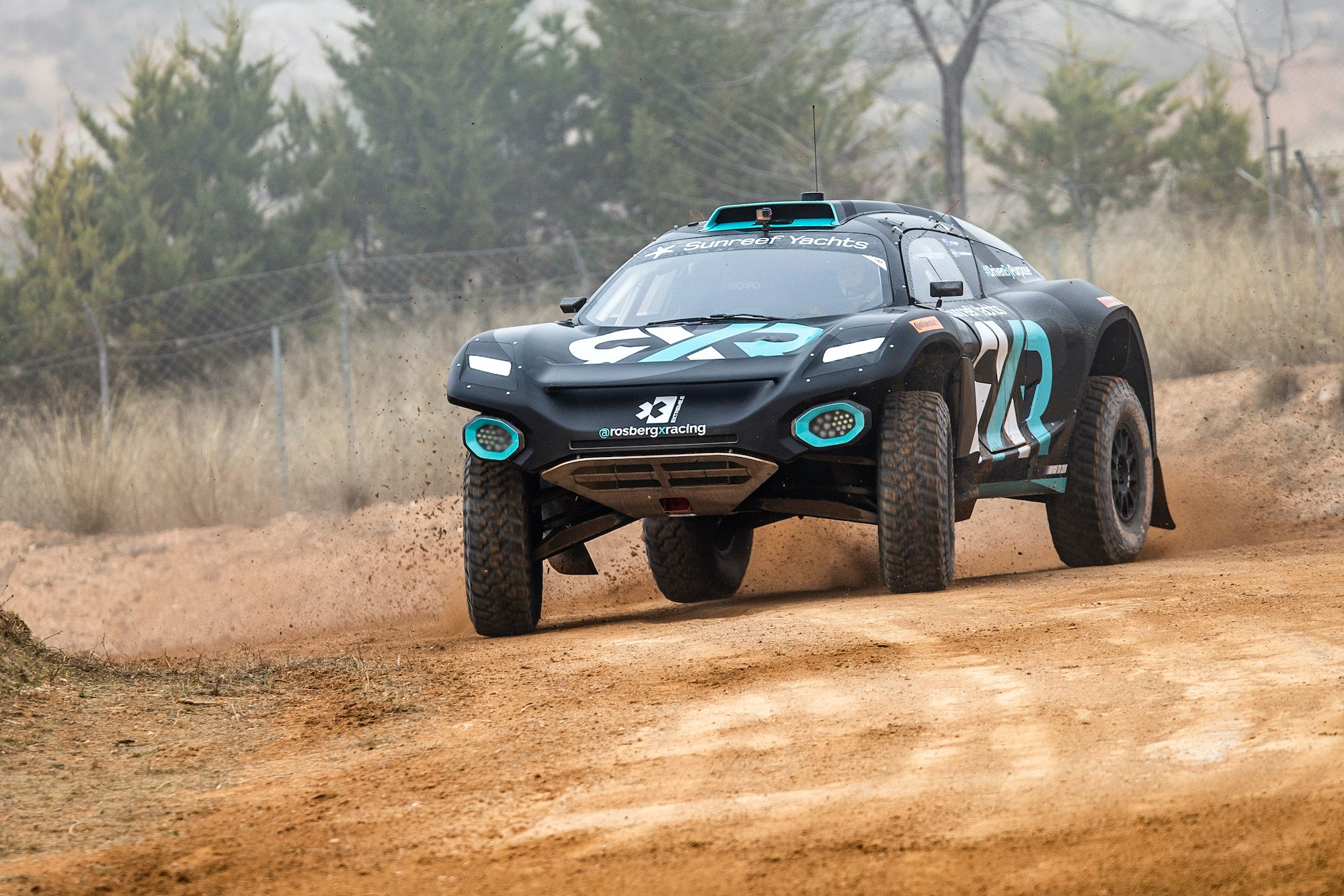 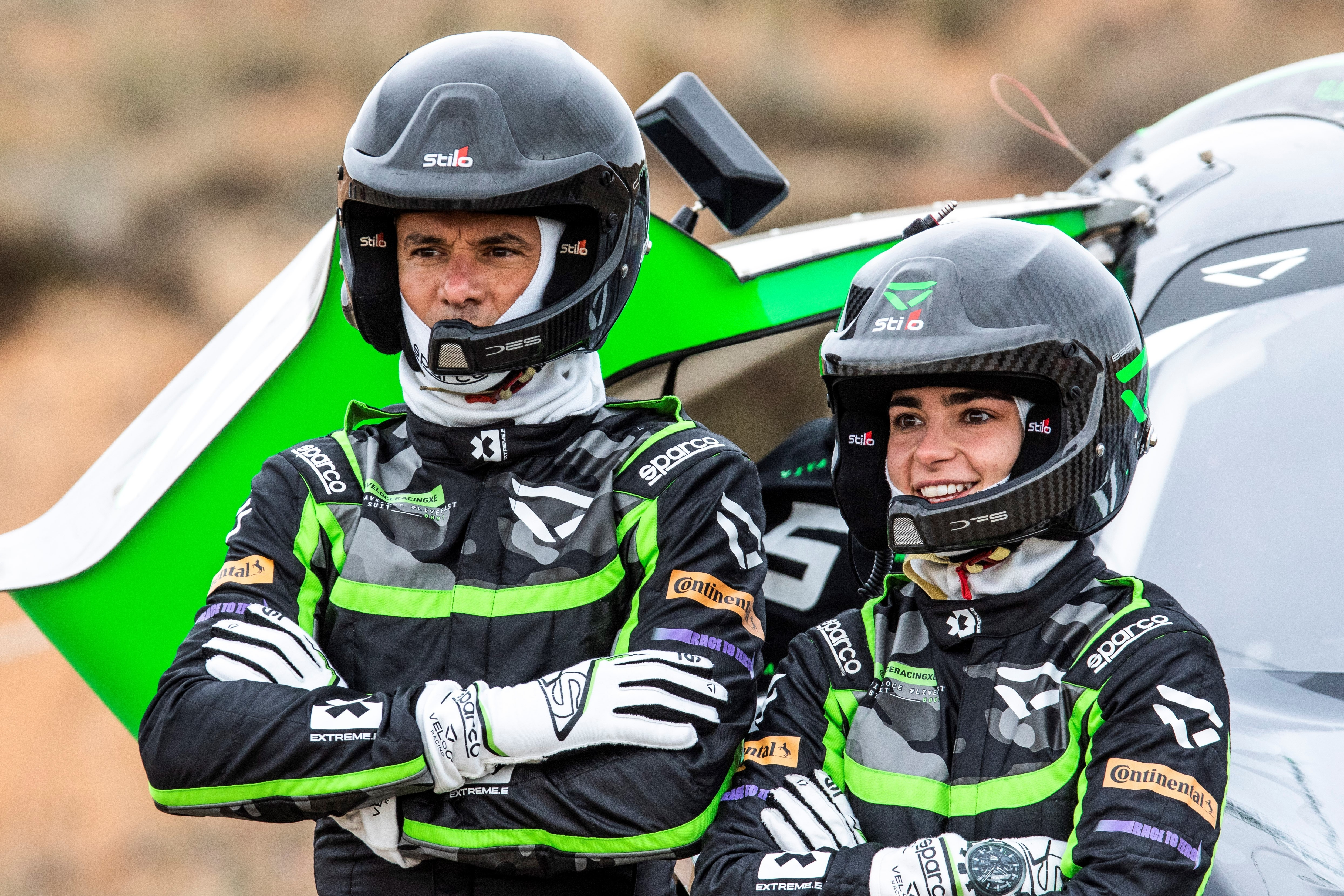 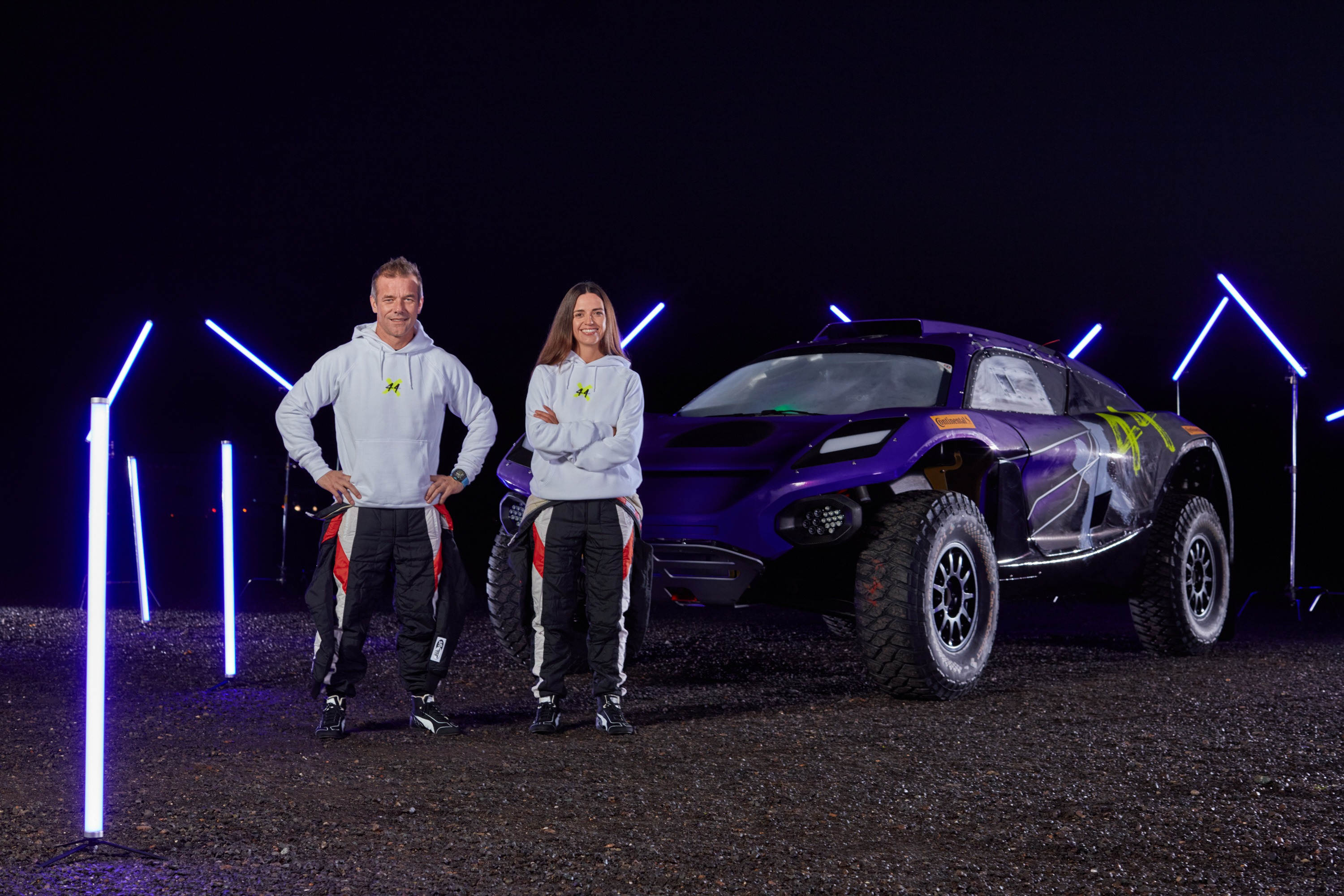 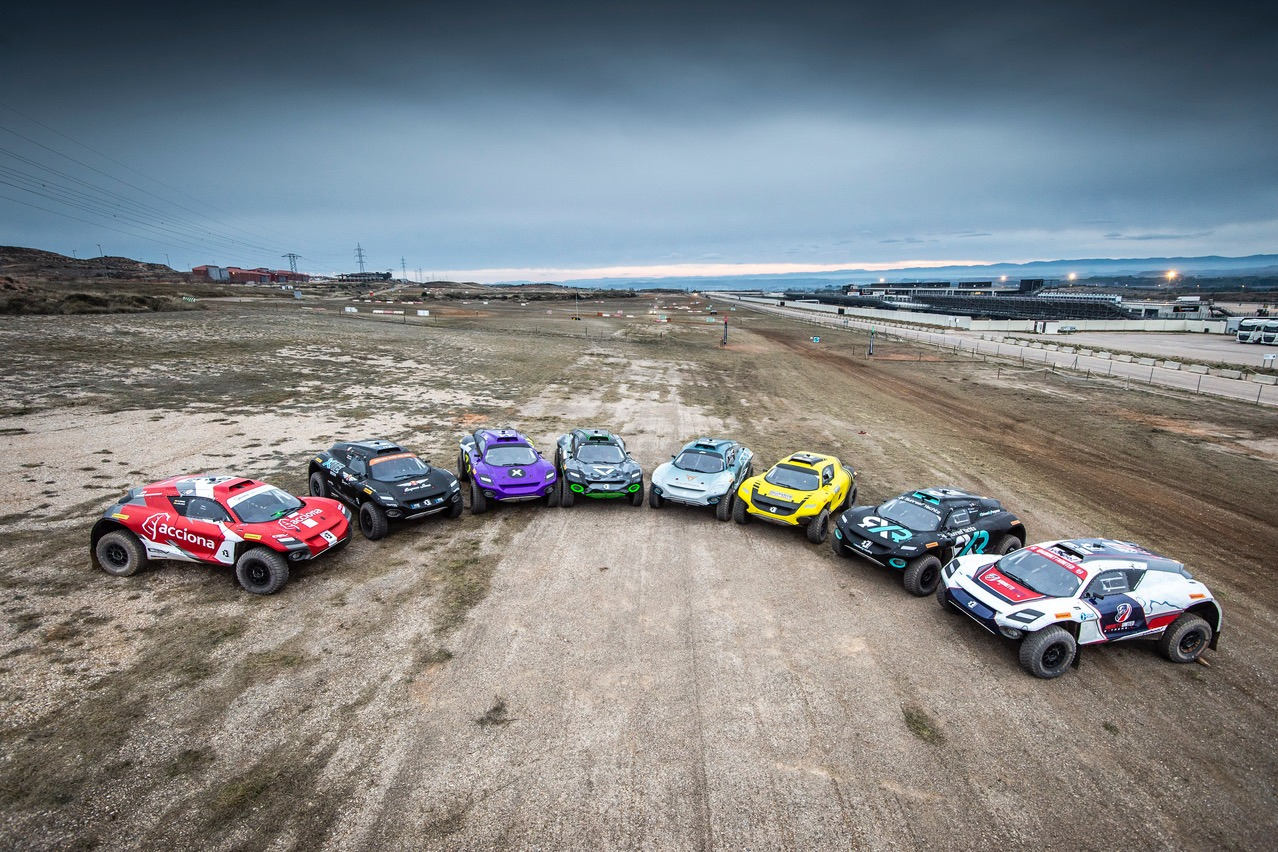 What is the Extreme E car?
All teams will run a standardised Odyssey 21 E-SUV, although the powertrain technology will be opened up to development in later years. The niobium-reinforced steel alloy tubular frame has been built by French firm Spark Racing Technology, which has been continually responsible for the construction of the Formula E cars.

Despite an initial deal with McLaren Applied, it has since been announced that Williams Advanced Engineering will produce the battery for the Extreme E car. This and the mid-mounted motor will provide a power output of 400kw – equivalent to 550bhp – to propel the 1650kg machine from 0 to 62mph in 4.5 seconds.

The 4.4-metre long and 2.3-metre-wide Odyssey will be stopped by six-piston Alcon brakes. Meanwhile, Continental is the sole tyre supplier courtesy of its chunky Cross Contact compound.
Various elements of the car’s design, namely the front bumper and grille, can be modified to resemble road cars should a team partner with an automotive manufacturer.

The cars will be shipped to each event aboard the RMS St Helena. The former cargo vessel has undergone an 18-month, multi-million-pound refit to reduce its emissions. 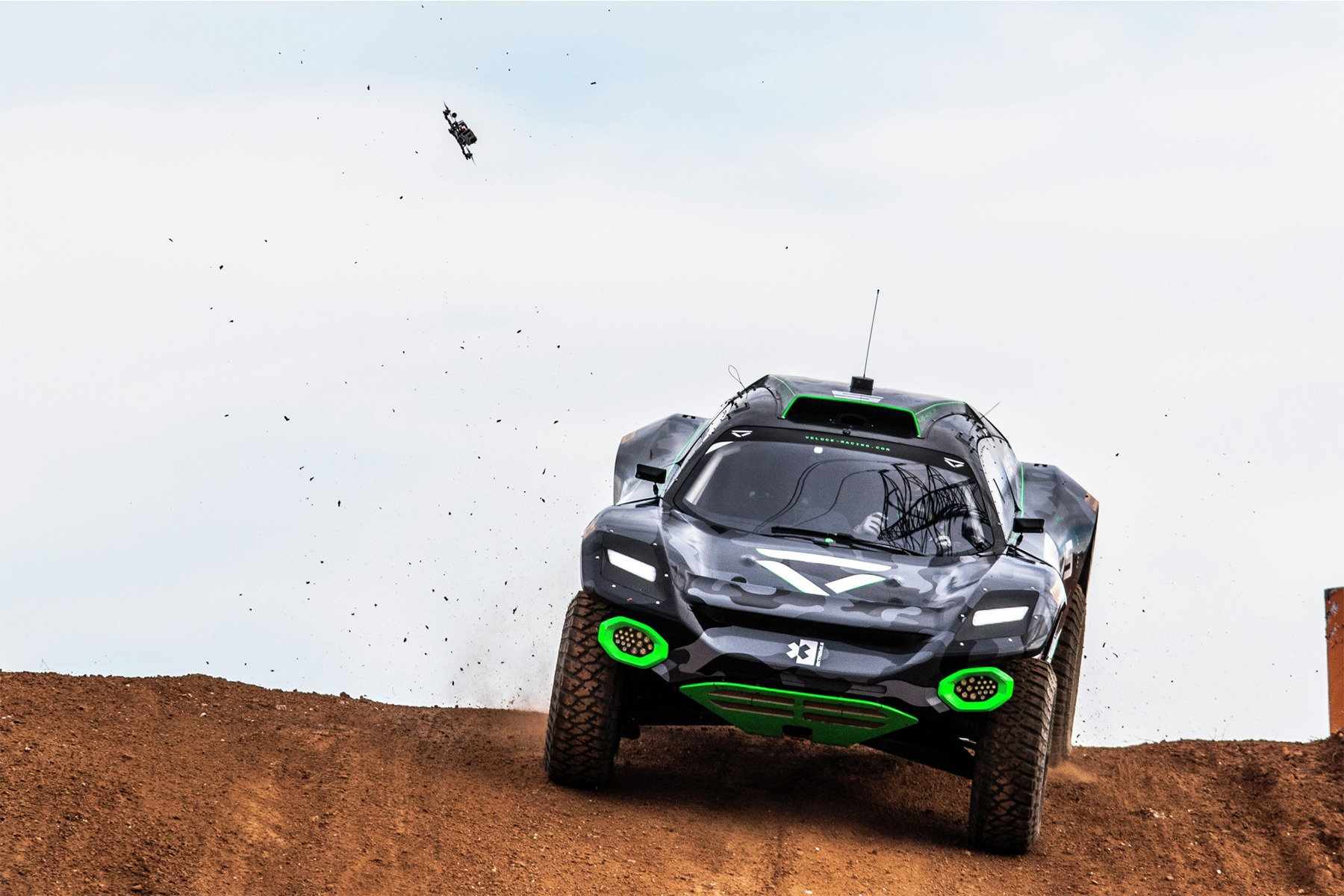 How can I watch Extreme E?
Extreme E has secured a one-year deal for each race to be broadcast live on Sky Sports. This package will also include the creation of 20 magazine-style shows. Half-an-hour in length, each will focus on ‘behind-the-scenes’ elements such as equality, electrification and environmental sustainability. These will be presented by Layla Anna-Lee.

The races will also be streamed lived on the BBC, with renowned motorsport anchors Jennie Gow and Andrew Coley providing commentary from a studio in London.

‘Bachelor’ Matt James Reveals He Split with Rachel Over Racist Past