What next for Harry and Meghan after the death of the Queen? 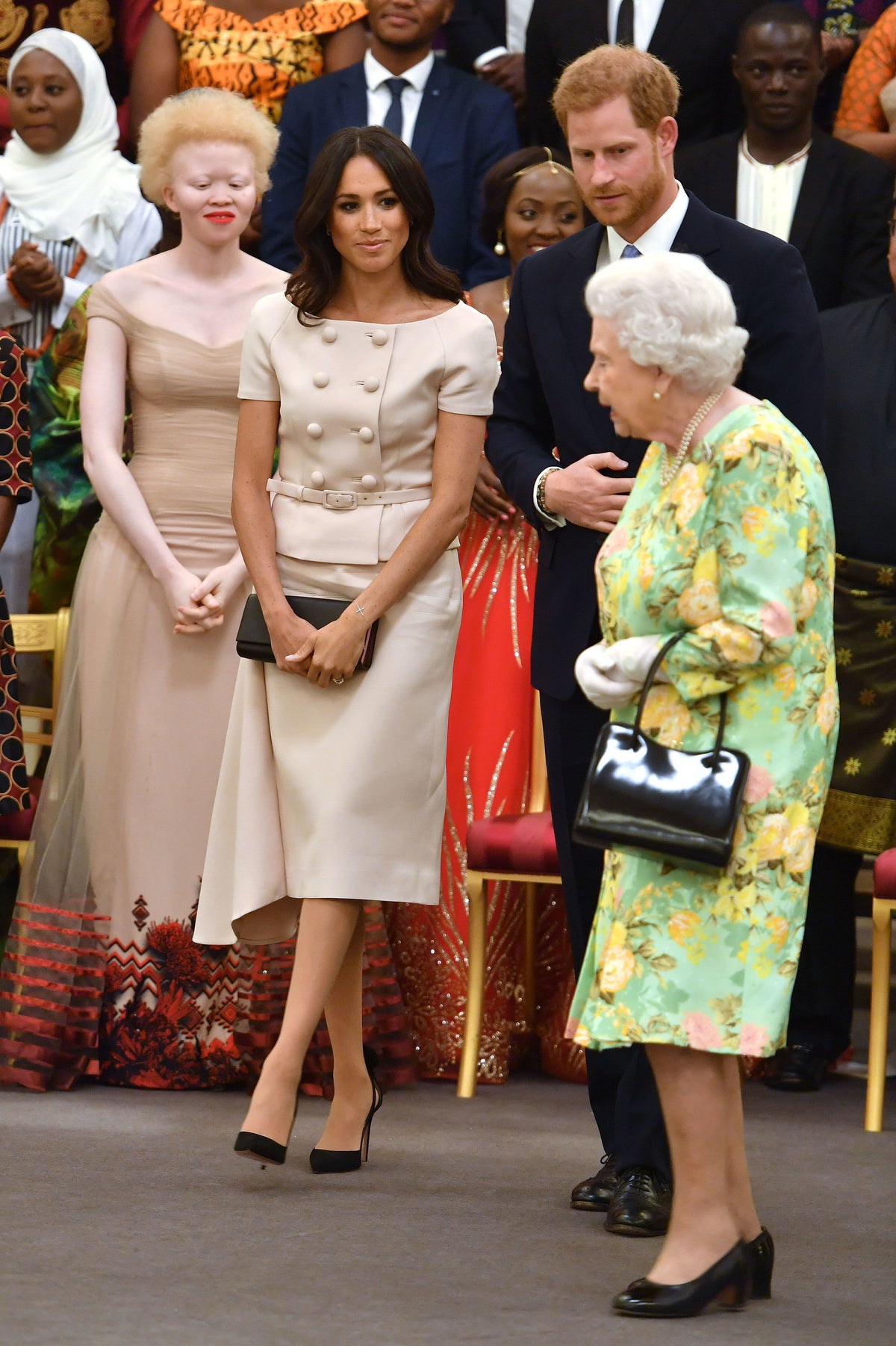 The Duke and Duchess of Sussex plunged the royal family into one of the most challenging periods in modern royal history during the twilight years of the Queen’s reign.

The Megxit saga, the rift between Harry and his brother, the Duke of Cambridge, allegations of racism against an unnamed royal and accusations that the institution failed to help a suicidal Meghan left the Windsors in turmoil.

Throughout, the Sussexes made efforts to publicly praise the Queen, even naming their daughter Lilibet after her – her family nickname since childhood.

In their controversial interview with US talk show host Oprah Winfrey, aired when the Duke of Edinburgh was unwell in hospital, Harry spoke of his respect for his grandmother.

Meghan said “The Queen has always been wonderful to me” and said she would phone her “just to check in”.

She said the Queen gave her some “beautiful” pearl earrings and a matching necklace on their first engagement together and shared a blanket with her in a car.

But Harry later appeared to suggest, in a mental health podcast, that his father, the Prince of Wales, and the Queen and the Duke of Edinburgh had failed as parents, while the family was still mourning Philip’s death.

The Queen, who was not one for confrontation, did not betray any private feelings in public and held a great affection for her often wayward grandson.

Yet she remained resolute when the Sussexes initially pushed to become part-time working royals, insisting they could not have their cake and eat it.

A stickler for tradition, the Queen also stripped them of their prestigious royal patronages and Harry of his military titles, leaving the duke saddened.

After their claims of racism and failure to help Meghan when she was struggling, the Queen issued a public statement which declared that “some recollections may vary” and said the Sussexes “will always be much-loved family members”.

But what does the Queen’s death mean for the Sussexes’ future relationship and standing within the royal family?

Harry and Meghan’s titles have not changed, and, although the duke has moved up from sixth to fifth in line to the throne, he is still too far down the line of succession to ever be expected to be king.

The Sussexes’ children, Archie and Lili, are now, as the grandchildren of a monarch, a prince and a princess.

But it is not known whether they will use the titles, which they were not entitled to when they were born.

Following the death of the Queen, Harry and Meghan are left with Charles as King and head of The Firm, and William elevated to the key role of heir apparent.

While Harry and Meghan appeared to have invested their time developing their bond with the Queen, their relationship with Charles and William has been greatly troubled.

In April 2022, Harry, after meeting the Queen face to face for the first time in two years, told US network NBC he was making sure she was “protected” and had the “right people around her”.

He sidestepped a question about whether he missed Charles and William, having met his father for just 15 minutes while briefly back in the UK.

In the Oprah interview in 2021, Harry said he felt let down by Charles and that “there’s a lot of hurt that’s happened”, and said his father stopped taking his calls in the build-up to their Megxit announcement.

In a move likely to have enraged William, Meghan accused the Duchess of Cambridge of making her cry in the run-up to her wedding, and the palace of failing to correct reports that it had been the other way round.

In 2019 Harry laid bare his rift with William, telling an ITV documentary crew that he and William were on “different paths” and had good and bad days.

He went on to tell Oprah that he loved his brother but their relationship was “space at the moment”, adding “time heals all things, hopefully”.

The royals are also bracing themselves for Harry’s memoirs, due out later in 2022, amid fears they could reopen old wounds and spark a new crisis.

Harry travelled to Balmoral to join his father, brother and family at the Queen’s bedside, but Meghan remained down south.

The duke, grieving for his grandmother, will be expected to attend the Queen’s funeral, with Meghan also likely to join him.

She missed Philip’s funeral in 2021 while heavily pregnant with daughter Lili.

An absentee duchess would be seen as a snub and disrespectful, but a public appearance with Harry alongside the rest of the royal family could prove immensely difficult.

When King George VI died, his brother, the former Edward VIII, returned for the funeral, but his American wife, the Duchess of Windsor, formerly Wallis Simpson, for whom he gave up the throne, was absent.

She remained in the United States, where they were living at the time.

Former Suits actress Meghan was the first American divorcee to marry a senior royal since Mrs Simpson, and both she and Harry moved across the Atlantic to California after quitting as senior working royals in March 2020.

Harry could seize the chance to reunite with his family amid their shared grief and heartache for the loss of the Queen.

As the new head of the Windsors, Charles could, if he sees fit, offer to welcome Harry and Meghan back as part-time working royals – although this could conflict with their Netflix and Spotify commercial deals and new life away from the monarchy.

The aftermath of the Queen’s death could be a time to build bridges, but it remains to be seen whether those have long since been burned.