A sore arm, fatigue, muscle pain and fever are some of the side-effects being reported in those receiving COVID-19 vaccines, and experts say that’s mostly a good thing.

Vaccines are supposed to trigger an immune response, they say. That’s how you know they’re working.

“If you have a vaccine that doesn’t produce a reaction in people, the resulting immune response is weaker,” said Earl Brown, a microbiologist at the University of Ottawa.

Brown said vaccines work by stimulating our immune cells to grow and communicate with each other, giving directions on where to set up for an impending attack by the virus. That results in inflammation, with some of those cells travelling to lymph nodes and causing swelling.

The mRNA vaccines from Pfizer-BioNTech and Moderna give immune cells instructions to make the COVID spike protein and produce antibodies. Viral vector vaccines such as those produced by AstraZeneca-Oxford and Johnson & Johnson, meanwhile, force an immune response from the harmless version of the virus that’s injected with those jabs.

“The vaccines get your immune cells to start recruiting more of their buddies, saying, ‘We’re making a new response. We need all you guys here,”‘ Brown said. “So the inflammation is good. It makes the immune system stronger.”

The World Health Organization says side-effects to COVID vaccines have been mostly “mild to moderate and short-lasting” and include fever, fatigue, headache, muscle pain, chills, diarrhea and pain at the injection site.

How often do side-effects happen?

Dr. Lynora Saxinger, an infectious disease expert at the University of Alberta in Edmonton, said cases of adverse effects are increasing because so many people are now getting vaccinated. The percentage of those that develop these mild to moderate side-effects is still quite low compared with the number of people being immunized.

She said that while more severe effects are possible — a small number have experienced serious allergic reactions — those events are rare.

Brown said effects are generally more apparent following second doses because the body has built up a stronger immune response from the initial jab.

While Saxinger said a fever is a “strong reaction” to a vaccine, it shouldn’t last more than a few days. She also said that taking anti-inflammatories before a vaccine to lessen possible effects isn’t advised, since you want to illicit that immune response.

“It looks like mRNA vaccines are particularly talented at mimicking infection,” she said. “That very targeted and strong immune response is what we ultimately want.”

WATCH | COVID-19 vaccine booking is a patchwork of provincial plans: 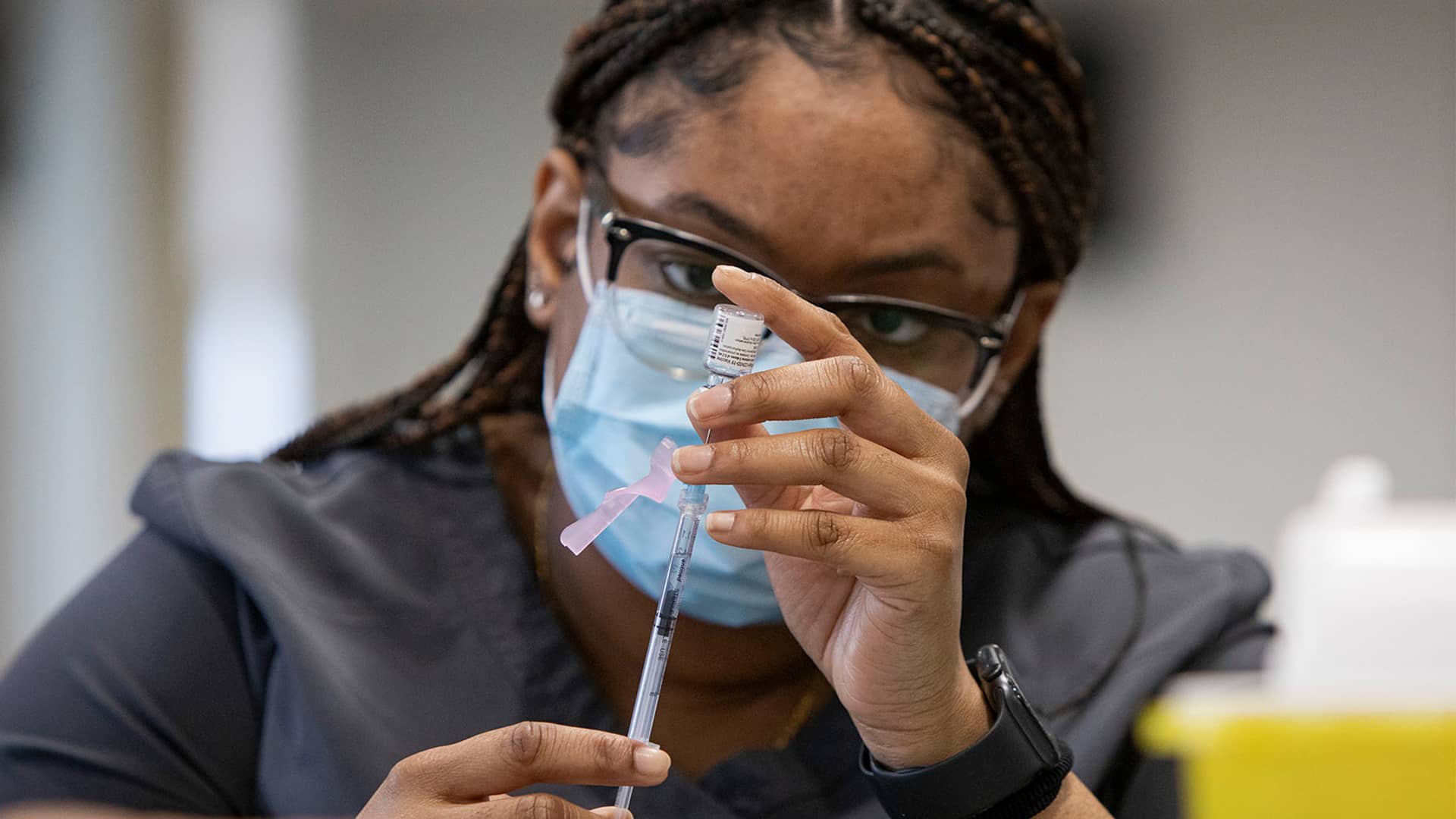 Data from Health Canada shows 0.085 per cent of doses administered in the country from mid-December to March 5 resulted in an adverse reaction, with 0.009 per cent considered serious. Pain, redness and swelling at the vaccination site were the most common effects.

Most of those doses would have been mRNA vaccines, which are generally eliciting stronger reactions than the viral vector jabs.

Saxinger said that could be related to the initial efficacy of the vaccines. Whereas Pfizer and Moderna offer higher levels of effectiveness right away, AstraZeneca and Johnson & Johnson build up over time.

“It’s more of a slow-and-steady profile versus the hot-off-the-presses, quick response from the mRNA,” she said. “So there’s a parallel there with the vigorousness of the initial immune reaction.”

Why do some experience side-effects and other don’t?

News out of Europe last week caused concern over AstraZeneca’s product after some adverse events, including blood clots, were reported following vaccination. That spurred nearly a dozen countries to pause their use of the product while experts investigate a possible link. 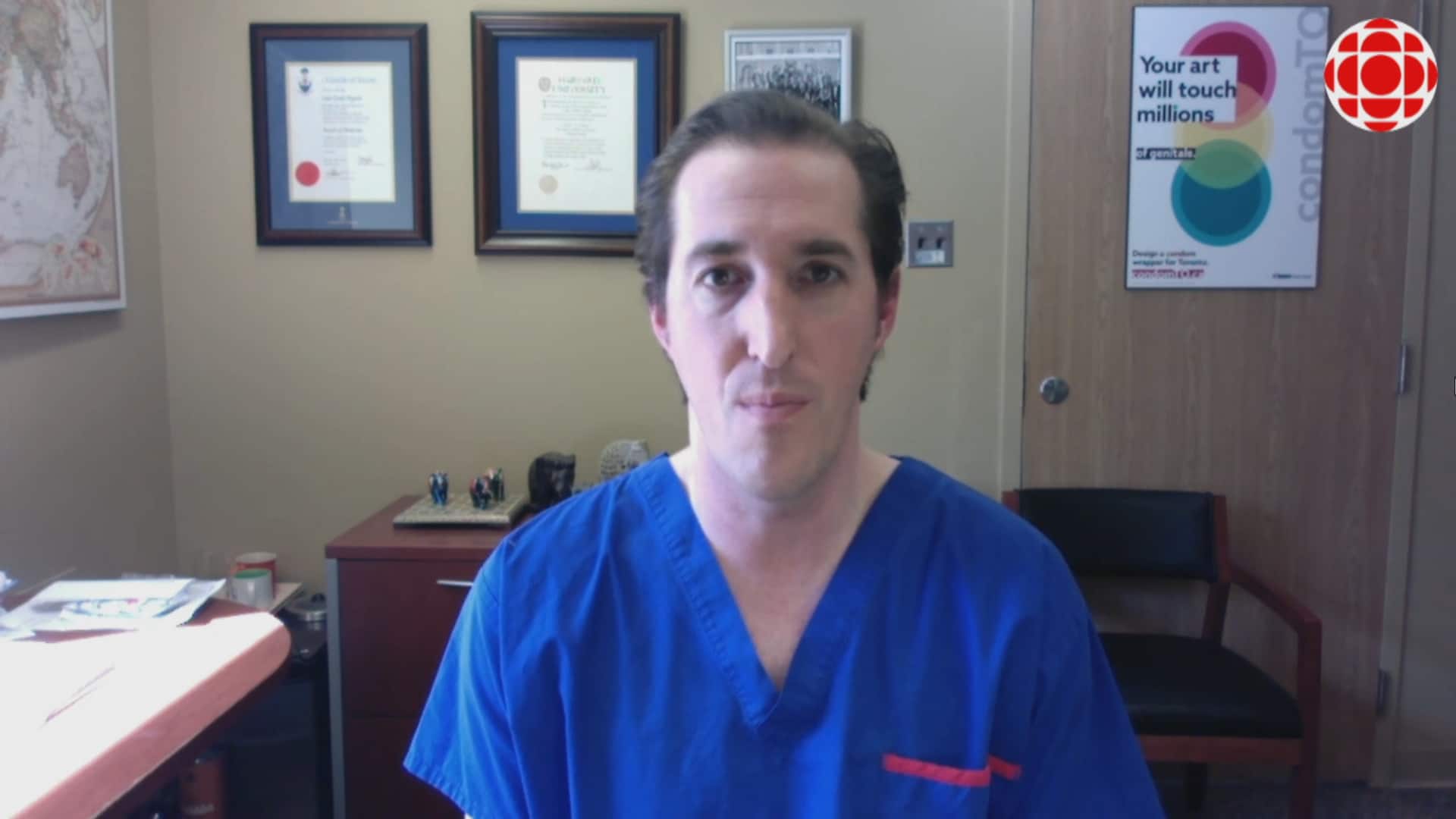 Dr. Isaac Bogoch, a member of Ontario’s vaccine distribution task force, tells Power and Politics the vaccine is still safe to use in Canada. 2:02

Canadian health authorities said they were keeping a watchful eye on the European investigations but added there is no evidence the clots were caused by the vaccine.

AstraZeneca released a statement on Sunday saying a review of 17 million patients who received the shot in Europe and the U.K. showed no elevated risk of blood clotting.

The company said there are reports of 15 patients experiencing deep vein thrombosis and 22 pulmonary embolisms as of March 8, which is much lower than what would occur naturally in a population of more than 17 million people.

Blood clots are fairly common, Saxinger said, so investigators will look at overall numbers of people who received the AstraZeneca vaccine compared with those who reported the condition.

“There’s so many people receiving vaccines daily that any health event that happens to anyone around the time they get their shot may or may not be related,” Saxinger said.

“Look at it as short-term, manageable discomfort without damage, compared to a real disease that could be life-altering or life-ending.”