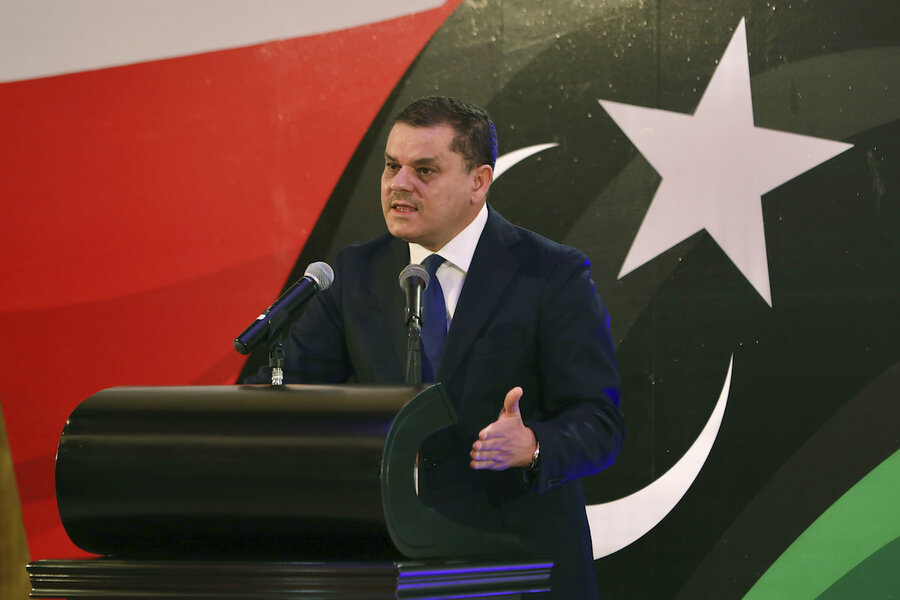 Libya’s long-divided parliament on Wednesday approved an interim government mandated to bring the fractured country together after a decade of chaos and violence, and to oversee elections in December as part of a United Nations-backed peace plan.

The parliament’s approval of Prime Minister Abdul Hamid Dbeibeh’s cabinet by a vote of 132-2, at a session in a war-battered frontline city, represents the biggest opportunity in years for a resolution to Libya’s conflict.

“Through this vote, it became clear that the Libyans are one unit,” Mr. Dbeibeh told parliament afterwards.

However, huge hurdles remain and the manner of Mr. Dbeibeh’s own appointment and the size of his cabinet have drawn criticism in Libya with accusations of corruption and influence peddling that spoilers could leverage to deny his legitimacy.

On the ground, Libya’s streets, businesses, and state institutions remain in the shadow of myriad armed factions and split between two rival administrations, while foreign powers backing either side have kept their guns in place.

Amending the constitution and holding free elections in 2021 will be an immense challenge, though all sides have formally committed to do so.

“If we come out of this with one government and one set of institutions then we’re already in a far superior place than we’ve been for the last five years,” said Tarek Megerisi of the European Council on Foreign Relations.

The parliament session was in Sirte, where front lines stabilized last summer after the Government of National Accord (GNA) pushed Field Marshal Khalifa Haftar’s eastern-based Libyan National Army back from Tripoli.

Both the GNA and the eastern administration welcomed the vote and said they were ready to hand power over to the new government. Parliament speaker Aguila Saleh said Mr. Dbeibeh’s cabinet would be sworn in next week.

It was parliament’s first full session in years after it split between eastern and western factions soon after being elected in 2014 – three years after a NATO-led uprising that toppled Muammar Qaddafi plunged the oil-producing country into chaos.

A ceasefire has held since the autumn, but the main road across the front lines from Sirte to Misrata remains closed and lawmakers coming from the west had to fly in from Tripoli.

Russia’s Wagner mercenaries, sent to Libya to support Mr. Haftar and accused of lacing civilian areas with deadly booby traps when pulling out of Tripoli last year, remain entrenched around Sirte and other parts of the country.

Mr. Haftar was also backed by the United Arab Emirates and Egypt, while Turkey supported the GNA. Mr. Dbeibeh said on Tuesday that economic deals the GNA struck with Turkey should stand.

Critics of the process say it has merely rearranged the tangle of alliances and enmities among power brokers who have dominated Libya for years, without disrupting their ability to loot its wealth or spoil unfavorable settlements.

They are also angry that the accusations of corruption in Mr. Dbeibeh’s appointment have not been formally debated. He was chosen by the 75 members of a U.N. political forum that met in Tunisia and Switzerland and voted on leadership candidates.

Some forum delegates said colleagues were offered money. Mr. Dbeibeh, along with three members of a presidency council also selected in Geneva, has promised not to seek further office in the election.

Still, Libya stands on the cusp of a first unified government in years and with all sides formally committed to elections.

On Tuesday, the first civilian airline flight in six years took place between the cities of Benghazi and Misrata – tangible evidence of detente.

“It is good for us to have one government … but it is more important for the government to abide by the agreement and bring the country to elections,” said Khaled Al-Ajili, a businessman in a Tripoli cafe.

This story was reported by Reuters.

‘Covid-free trains’ are coming to Italy

Decriminalization yet another ‘half measure’ as B.C. confronts full-sized…