This year’s campaign consists of 12 rounds, with Matton “confident” that number can be fulfilled.

While acknowledging the challenges ahead, Matton says the global COVID-19 vaccination roll-out and the “tireless work and commitment of the entire FIA rally family”, can help to minimise possible disruptions.

The 2020 WRC season was stopped during Rally Mexico because of the speed at which the respiratory disease was sweeping around the planet, with several rallies called off between March and September, resulting in the WRC only able to put on a seven-round campaign.

The WRC’s resumption led to a raft of new measures being adopted as part of the FIA’s Appendix S International Sporting Code – a framework initially drawn up for Formula 1 to stop the spread of COVID-19. These included social distancing, swab tests, wearing face masks and regular hand washing.

“Of course, we still face an extremely challenging period, especially when we consider the ongoing national restrictions that rightly remain in place to control the spread of COVID-19,” Matton said.

“But the rollout of the vaccine provides hope and it is clear the appetite from drivers and teams to go rallying – and for organisers to put events on – remains strong. 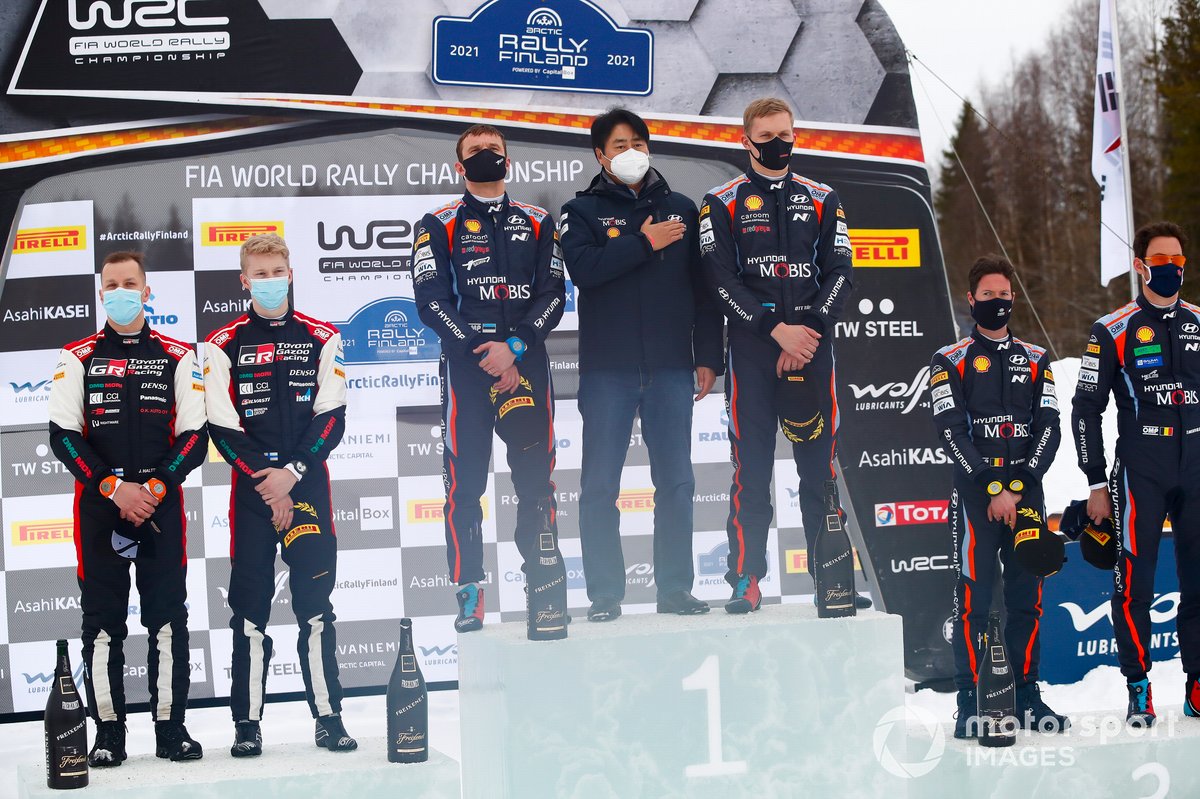 “Although we have to adapt what we do on a case-by-case basis, country by country, Appendix S provides a very good base to work closely with the governments – and the local ministries – to allow events to be run.

“I am confident we will have a 12-event calendar in the World Rally Championship this year because we organised the calendar in the way that we have some spare events – and arrangements – in place to be able to achieve a full calendar.

“It will not be easy but I think the vaccine will allow, step by step, fans to watch live. But the vaccine is in addition to what we’ve already put in place with Appendix S.”

Matton, who left his post as Citroen Racing’s team principal in January 2018 to join the FIA, believes a successful 2021 campaign is the perfect way to build-up to next year when Rally1 cars enter service for the first time.

M-Sport Ford and Toyota Gazoo Racing continue to work intensively on their projects, with Hyundai Motorsport doing likewise despite the company’s board still undecided about its future participation in the WRC.

“This was the final point because the main steps have already been done thanks to the great work that the engineers from the FIA and the manufacturers have done together to finalise the regulations,” said Matton.

“The next big step will be to see these Rally1 cars in action for the first time. Soon we will see the initial testing phase begin, which is a significant moment in the history of our sport.”